htnewz
HomeHealthWhat is the right age to get period and how much bleeding...

What is the right age to get period and how much bleeding will be considered normal? Get answers to similar questions related to Periods

Things You May Not Know About Your Period: Periods are known by names like Month, Menstruation, Menstruation, Menstrual Cycle or MC etc. Vaginal bleeding occurs due to changes in hormones in the body of girls / women, it is called periods. Periods happen to women every one month, in which the egg comes out of the uterus and comes out of the body along with the blood. Generally, there are many types of assumptions in our mind regarding periods. However, there are still many things that many people do not know.

Let’s know such things related to periods that you probably did not know.

When the period comes, it is said that the girl has grown up now. However, the exact age of the period has not been decided yet. Menstruation begins in most girls between the ages of 10 to 15 years. Although its initial age can be 9 years, but it is rarely seen.

Wife or Girlfriend quarrels without any reason, know the coolest way to deal

2. What are the signs of having a period? (Period Symptoms and Signs)

Many girls do not anticipate that their periods are about to start. Let us tell you that before the onset of periods, a girl’s body starts indicating that her MC is about to start. Before the start of the period, hair starts coming on the underarms, legs and vagina.

3. Is period delay normal? (How Late Can a Period Be?)

Many people do not take it seriously even when periods are delayed. But delay in periods means you are going through some physical problem. It may be that blood is collecting somewhere inside your body or it may be that there is some defect in the genital or hormones, it should be treated.

Painkillers Side Effects: Even if there is mild pain, take painkillers so be careful, know these 3 things before eating 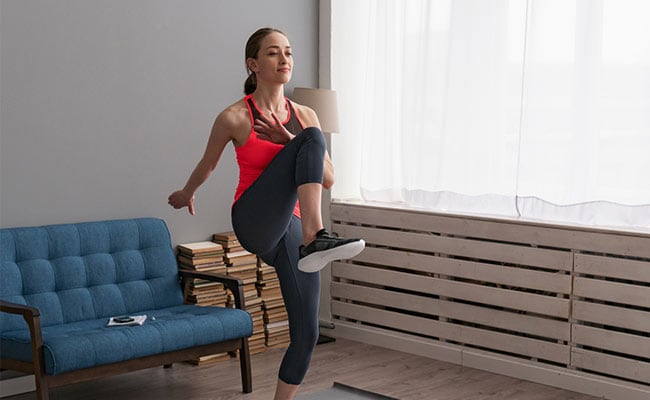 Exercise During Period: Light sports and yoga can be done during periods.

4. Can I run during my period? (Running On Your Period)

It is generally said that doing sports or exercising during periods causes more bleeding or can cause more problems, so these things are forbidden. But it is not so, due to sports and exercise during periods, the flow of blood and oxygen in the body increases, due to which there is no problem of abdominal pain and cramps. In such a situation, light sports and yoga can be done during periods.

5. How much bleeding is normal? (How Much Blood Do You Lose on Your Period?)

Due to excessive bleeding, many times it is believed that the girl is not normal, but there is no such thing. During the period, some have less flow and some have more flow, this is normal.

Disclaimer: This material, including advice, provides general information only. It is in no way a substitute for qualified medical opinion. Always consult an expert or your doctor for more details. ..

Share
Facebook
Twitter
Pinterest
WhatsApp
Previous articleTerrorists shot dead a Kashmiri displaced female teacher of a high school in Gopalpora area of ​​Kulgam district
Next articleHow much did Banxico indicate that it will raise the rate by 75 basis points?

Morning Sickness Remedies: After waking up in the morning, tiredness, low energy and the...

These microgreens are effective for controlling cholesterol, diabetes and high blood pressure, know 7...

Does the strength of the bone really increase by boiling makhana in milk? ...

Lula da Silva, moderate but confident with a view to the ballot:...

Lula da Silva, moderate but confident with a view to the ballot:...

Elections in Brazil: the pollsters, the most notable defeated by their mistakes