htnewz
HomeGlobalThe Russia-Ukraine war: they foresee that the Russian 'economic catastrophe' will slow...

The Russia-Ukraine war: they foresee that the Russian ‘economic catastrophe’ will slow down global growth

The credit rating agency Moody’s predicted this Wednesday that the “economic catastrophe” that Russia will suffer from the West’s reprisals for its invasion of Ukraine will slow down global GDP growth, mainly due to the effect of higher energy and raw material prices.

A team from the company analyzed in a virtual session the macroeconomic impact of the war in Eastern Europe, which, according to its base scenario, is expected to reduce global economic growth to 3.4% year-on-year this year and in the worst case to 2%, while the previous expectation in February was 4%.

This scenario contemplates the possibility that Russia occupies a large part of Ukraine and military tensions decline within a year, that its economy and financial system are isolated from the rest of the world by sanctions, and that Russian crude exports down to 1.5 million barrels per day (mbd).

If so, Moody’s thinks the Russian economy will contract by 13.5% this yearbut in a “long conflict” it can fall by 24%, which would happen if there is a complete invasion of Ukraine and that produces greater sanctions that cut its crude oil exports up to 3.5 mbd, causing great “tumult” in the chains global supply.

Farewell at the Lviv station in Ukraine. Reuters Photo

The eurozone takes, in any case, a “major hit”, since they optimistically expected the recovery from the covid-19 crisis and now there is a “blanket of negativity” in the markets, so they lowered the expectation of GDP growth from 4% to 3.4% this year, and in the worst scenario at 1.5%.

In this sense, they pointed out that the outlook for inflation in the eurozone has “deteriorated” because is “incredibly dependent” on Russian energy importsespecially natural gas, which makes it difficult to diversify, and also the economy was already facing price pressure before the invasion.

In the US, less exposed, they estimate that the effect of the conflict will be “moderate” and the GDP forecast is lowered from 3.7% to 3.5 households derived from the time of the pandemic, which they believe will “cushion” the sharp rise in energy prices.

For each increase of 10 dollars in the price of a barrel of oil in Texas, which would break even at 75 dollars, according to experts, a gallon of gasoline increases by 30 cents, which has led to the price of this fuel at pumps already rise to an all-time record. 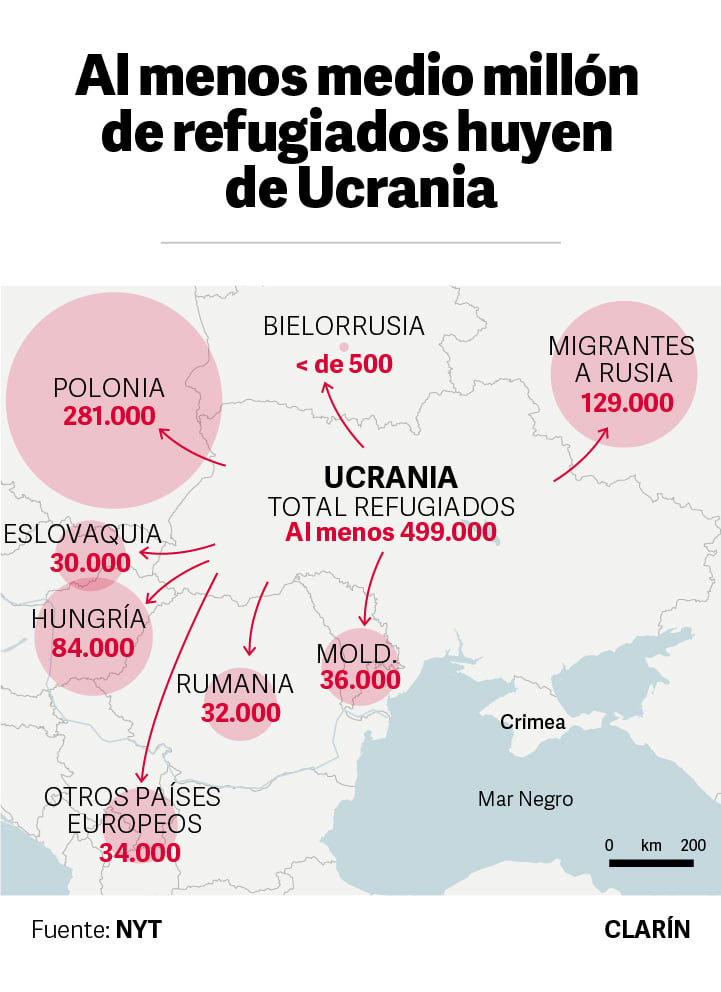 Meanwhile, they believed that the raw material markets are very “destabilized” in terms of widely consumed agricultural products such as wheat or corn, of which Russia and Ukraine are major exporters, which will especially affect the cost of living of emerging countries.

The rising price of raw materials It will also have an impact on the supply chainwhich was already under “stress” since the appearance of the delta variant of the coronavirus, and “vulnerabilities” derived from components such as nickel, aluminum or neon gas, used to manufacture semiconductors, may arise.

On the positive side, the analysts clarified, the war and the consequent escalation in the prices of fossil energy could be an “opportunity for Europeans to unite and promote renewable energies at a higher rate.”

King Charles III will be crowned on June 3 next year in London.

The meteorite exploded by NASA’s spacecraft was scattered for 10,000 kilometers in space, see...